Thursday update: My home newspaper published a gas prices story on its front page this morning, just to spite me. (Just kidding, my friends at the paper.)

Wednesday morning: You know those “news” stories that don’t tell you anything new? These are the reports whose primary purpose is to fill television airtime and newspaper space. Reporters don’t like them. I doubt the assigning editors even like them. They put their best faces on to report them, but you get the sense that they are going through the motions as Bill Murray did in the early scenes of Groundhog Day. 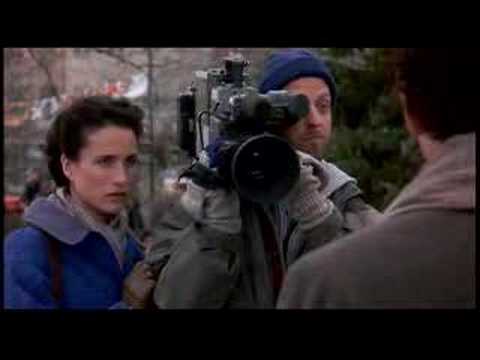 * Gas prices are going up! Most people drive and they know that gas prices are going up. A friend of mine on Facebook asked last week why we hadn’t seen any stories on rising gas prices. She was indignant that prices were so high and that the media hadn’t covered it. I responded that the time and space was being filled with the Olympics and that once they were over, this non-news would come rushing in. It has. Do you know anything now that you didn’t know before?

* The lottery jackpot is above $300 million! Let’s interview people standing in line to buy tickets! “What will you do with the money if you win?” If I win, I’m going to buy a TV station and fire the first person who has no more imagination than to suggest such a story.

* It’s hot! Let’s go out and try to see if an egg will fry on the sidewalk! As a colleague of mine used to say, “It’s August in the South. It’s supposed to be hot.” I’m not talking about the weather reports that morning television broadcast every few minutes until you can recite it yourself. I’m talking the feature stories on how it’s 95 degrees and, you know, it’s hot.

* Monthly unemployment numbers are up! Last month, they were down! What’s happening to our economy? Do we really think economists know what an increase of a tenth of a percentage point means? (I can assure you the politicians don’t.) How about writing about unemployment numbers every six months and tell us trends…if there’s a story there. If not, ignore it and spend your time reporting on who’s hiring.

* Giving the microphone to politicians who aren’t running for any office so that they can say precisely what they are expected to say. Newt Gingrich, who trashed Mitt Romney for months earlier this year, was on the Today Show yesterday morning extolling the virtues of the presumptive GOP nominee. He promoted Romney and trashed Obama. It was simply filler, enlightening no one. This isn’t intended as a knock on the political parties; this is what they do. It’s a criticism of predictable he-said, she-said reporting.

* The top 10 list! Best colleges! Best state for business! Most obese states! You name it, there’s a list for it. Interesting stuff, too. So, it’s not the list itself. Some of them are interesting and worth reporting. (Yes, I know this is a list, but wait! Read on!) But when I have to click through 10 different webpages? Forget it. Just admit that you want me to click on your site 10 times, you traffic whore.

Please note, I’m not talking about stories in which there is actual news: People dying from the heat, and the single mother trying to hold things together who wins the lottery. I’m talking about the stories in which nothing, really, happens. When you see these, you know the team needs a 5-hour Energy shot. Holding a thermometer inside a hot car isn’t why they got into journalism. They decided to sign up for long hours and low pay to tell people things they don’t know and, perhaps, enrich their lives.

Next time you see such a story, call the station or paper and demand they up their game. As reporting staffs get smaller, their time is better spent reporting what their public officials are doing. The community impact is far greater.